Reaching the highest peak of the “Pueblos del Sur” 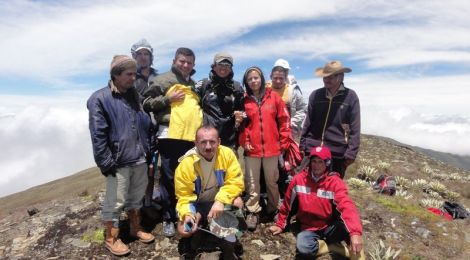 Reaching the highest peak of the “Pueblos del Sur”

Last weekend, the Tatuy Ecological Mountaineering Collective reached Rejo Peak, the highest elevation point in all of Mérida’s Pueblos del Sur. The hiking collective was supported by members and “baquianos” (local guides) of the community-based tourism cooperative known as Mucusur. Here we publish an overview of the expedition.

After three hours of hiking, the Tatuy Collective and a group of local guides reached the point at which, according to our GPS (taking measurements for 30 minutes), we stood at 3,640 meters above sea level. In total, 5 members of Tatuy and 7 local guides successfully hiked this marvelous “páramo” (alpine tundra) of the Venezuelan Andes, peak number 19 of the Ascending our Venezuelan Peaks Project (2003-2013).

The scenic beauty of this place is exceptional, with a significant amount of frailejon diversity: from espeletias to coespeletias to the arboreal frailejons. Apart from these frailejons, three types of orchids were observed, including the famous “Damita del páramo”, and other important plants such as páramo ferns, mano de oso (Oreopanax floribundus), chispidor, tabacote morado (Senecio Formosus), huesito de páramo, espadilla, páramo parsley, Puya bromeliads, páramo hay, among other plant species.

With respect to fauna, very few animals were seen. 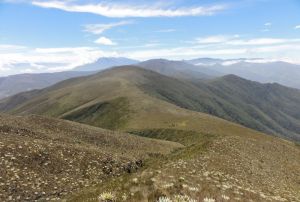 View from the top of Pico Rejo

Standing at the mountain peak we viewed the frozen landscape: the Humboldt and Bonpland Peaks, extensive areas across Mérida’s mountain range, the Campanario Peak, as well as all of the imposing mountains of Mérida’s Pueblos del Sur and neighboring Táchira. From the peak, we also observed the 6 mountainous lagoons located between 3,350 and 3,500 meters above sea level.

On the whole, the 3 hours of hiking that took us to the peak including very good visibility. One hour later, visibility worsened significantly due to cloudiness. The maximum wind speed registered was 8.2 meters per second, and the temperature ranged from a minimum of 6º C to a maximum of 18 ºC. 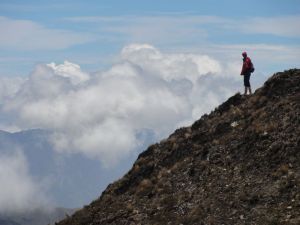 A “páramo” without any environmental protection

It’s worth noting that the páramo we visited has no legal environmental protections and that there is an elevated risk of the agricultural frontier reaching into the area, as well as other future environmental problems. For example, only a few hundred meters from our point of departure we viewed a large garbage dump which is said to grow constantly and be purposely set ablaze.

To conclude, we want to express our sincere gratitude to all those who made this excursion possible, with special mention to the hikers, friends, and local guides who were our eyes along the mountain. We especially want to thank José Altuve, Yasteli and Radio Pregón de Mucutuy.

Mucuposadas in the Pueblos del Sur

Slideshows require the Flash Player and a browser with Javascript support. 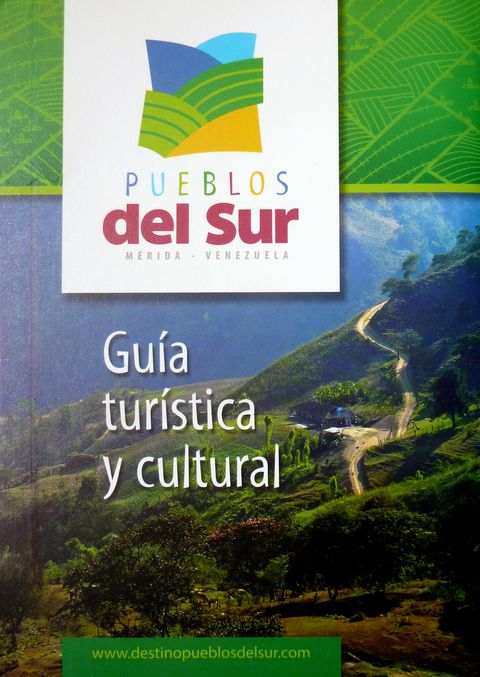